Is there any way to change the day of week short form in other langages?

I’m trying to add a 3 letter shortened day of the week to my watchface. I know that there is a tag to do that, it works well in English, but in Portuguese, not so much.

Let me explain:
In English, “Monday” is shortened to “MON”. In Portuguese, “Segunda-Feira (Monday also)” shouldn’t be shortened to “SEGUNDA”, that’s not how we shorten days of the week. Should be “SEG”, because we don’t even say “feira” when we are referring to days of the week. It should be (from MON to SUN):
SEG, TER, QUA, QUI, SEX, SAB, DOM.

Yes, we should complain here for example. You can make bug report. I hope this times it moves somewhere. We complained about this inconsistency of abbreviations ever since GWD. Samsung did not care to solve anything in this regard. They simply took some lame library for the ICU translations and slapped it there with all its hairs and feathers.

As Peter said this is because it uses the ICU library where someone added the wrong Data.
Use Brazilian Portuguese it has a 3 letter day.
The other option is to mask the day off for only 3 letters but this may be sub-optimal for other languages.

Both solutions are bad. I’m not going to change my phone/smartphone language to PT-BR, just so I can get 3 letter day. The crop is what I am doing right now, but that would only work if the letters were all the same size - witch they aren’t’, and as you pointed out, it’s sub-optimal for other languages.

There should at least be a way to set a maximum number of characters on a text box, that would’ve solve the problem.

Yes, WFS team, would you please introduce some function that would work for example like LEFT and RIGHT functions in excel do? something like textTrunc(len,dir,text), for example textTrunc(2,start,[DAY_WEEK]) would give “mo” for monday. just defined number of letters, no matter of language.

Text formatting is one of the feature requests. I’ll try to bump it up on the list.

Hello,
@fanghoward, @Peter
In advance, I am happy to announce a new version of WFS that supports multilingual representation.

When I tested a Digital Clock component with Portuguese on the new WFS, got results like: 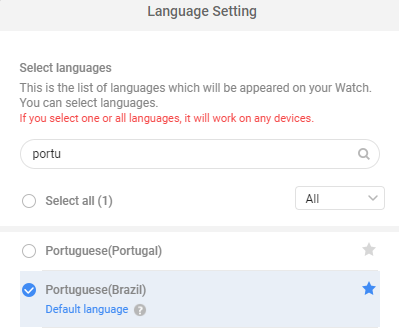 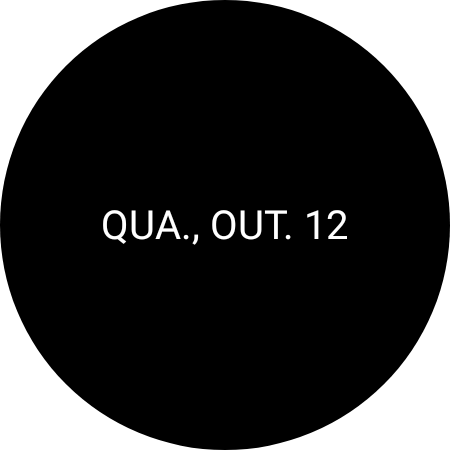 By the way, I haven’t tested it, but I don’t think the results on the watch would have been different even if I used the previous version of WFS. Is the way I test different from what you expected?

I will try that as soon as I can. But yes, the result is exactly that one.

I am happy to announce a new version of WFS that supports multilingual representation.

Hello, that are good news. Some interesting things to check

I will try that as soon as I can. But yes, the result is exactly that one.

An update: it’s all working as it should except for one thing - the dot in front of the abbreviation.
Don’t understand that inconsistency. If in English “MON” doesn’t have a dot, why “SEG.” has? The principal is the same, no matter the language.

This is really old problem of abbreviations known even from different languages. Where they should have 3 letters according the english example, in some locales they have 2 in some 3 in other even 4 and in various combinations with dots on top. That is why I asked for the truncating function, with it I could make them constant lenght and if I wanted dot, I would simply add it as text.

As you know, WatchFaceStudio produces watchfaces as Android applications, and the watchface applications use functions supported by Android. In other words, in Portuguese, the abbreviation of the day of the week is dotted because Android provided the word like that.
Now I agree that @Peter 's suggestion would help to the design requirements.

That is why I asked for the truncating function

That was my suggestion.

There should at least be a way to set a maximum number of characters on a text box, that would’ve solve the problem

Yes, thank you for the suggestion