For One UI developers, theme improvements

You should make a request to the One UI developers, to improve the environment and avoid problems with color compositions.

If One UI is based on CSS3 standards, you could enable the option to load textures. 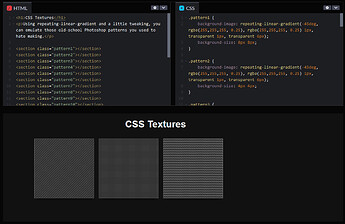 So if we would manage to avoid the compatibility problems of the colors with the fonts.

And we could pass the “Material Design” style to other more attractive ones.

There’s a lot of things they could do to improve the experience, however there are probably so many teams that support different apps, in addition to the GTS support team, I doubt there’s any way they would make changes that would require training for those teams, and all the testing any changes would need, just for themes…

The changes really aren’t that many, it’s like when they implemented the animations on the Cover Screen of the Galaxy Flip.

Cost at first, but after a few weeks when the thing was rolling the change was great.
The fact that you can see animations in the store, was a big change for the better.

True, and if they were smart about it and gave it some thought, they could have accomplished this when they were designing the Fold and Flip. The Fold especially would have required major changes to all apps.

Do you know of any way to contact the One UI developers directly? To send them these design proposals.

There is no possibility to contact them, they will not take the suggestion either, because the One UI is developed years before and they have their permanent team

Do you know any programming studio that develops an APP for TIZEN?

I expressed myself badly, sorry.

I mean, do you know of any programming studio that works with TIZEN, since I am a graphic designer and my programming knowledge is limited.