Hello,
These icons are actually the reason why the battery is low?? 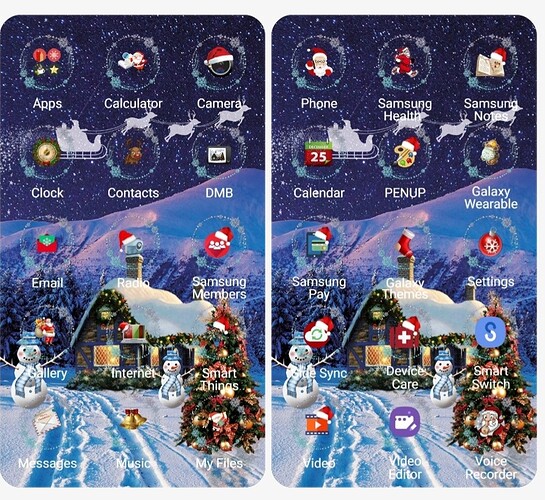 There’s like a 0.01% chance it’s related to the icon packs. Probably just a user who has recently installed malware/scam apps or something related.

I got a one star rating because of his wrong guess

I got a one star rating because of his wrong guess

Reviews in the store are only applied in the country they came from and for the device installed on. You do see them all in the Seller Portal but a buyer in the US would not see a review given in Poland.

The star rating is global though.

There will be always a reason for someone to give you one star rating, so you don’t have to worry over irrelevant issues.
Normally people do that when they feel disturbed with something at this moment, and it may not even relate to your product quality itself. Most often I get one star when they simply don’t know how to remove my content. They are first time in the store, they figured out how to install the free theme, but then they have no idea how to get back to the default one, so then they simply dump their annoyance on you. They also do it A LOT for political reasons when coming across the “enemy” national symbol, because the theme doesn’t look the same in the dark mode, because their payment didn’t arrive yet and they accuse you in scamming them, because they “hate this orange color” or “the keyboard must be baby blue”, because “I’m just in the bad mood right now”, and even because “I leave one star because I want to ruin the rating of this theme, hahaha!”. Not to mention those, who say “Awesome!”, “Excellent theme!”, “Wow!” and still put one star, lol

So you can’t change things, neither ever try to doubt your icons. Global rating matters, that’s true, but it shouldn’t be overrated in turn. Sometimes having 1-1.5 stars on the product rather helps to draw attention to it. And if it’s not ugly or has a wall of meaningful critique under it, customers will keep downloading it almost as much as high rated content.

@hebajumaa
You’ve been given some good advice.

There is a algorithm that they use for the popular apps and they don’t say what it is but responses to remarks does make a difference. It may be slight or it may be more strong but it is a factor.

Look what happened to me. I entered the artificial intelligence website midjourney and tried to write a design for the flag of India, and I did not notice that the colors of the flag were reversed. There was all Indian people who wrote a comment and one star, as if I was an enemy and entered them and ruined their flag

National symbols is a super sensitive area. I used to have flags of all countries until the recent suspension of non-updated content, and I’ve learned a lot distributing them. Some countries have few different versions of their flags related to various historical periods. So even if your flag is perfectly fine, you will be regularly approached by the nationals of this country asking and even demanding to swap the “wrong” flag with the “correct” one. If you refuse, they will be mad at you. If you keep both flags, they will insist on removing one of the flags from the store, when the only correct solution would be removing both of them at all

So as you may guess, displaying something that is blatantly erroneous is an insult for them, sorry. Good thing you have published your apology.

Also, I already have warned some designers from selling AI generated content without its meticulous review and editing/overpainting it. Once the buyer spots things like visibly messed up anatomy or geometry, you will start collecting negative feedback like crazy

And it makes sense, cause it’s not what they are paying for.

. Everything I had was free, and today I priced them all and modified the flag, but the approval was delayed. Indeed, ai is bad and not useful, but rather wrong. I was experimenting with designs on it because my account was free, but now I will design everything myself better … Thank you very much for your advice

Everything I had was free

Still waiting for your first theme

But I’m sorry if my comment sounded discouraging, it’s not what I actually meant. In my opinion, AI is a great tool, but my point was that you shouldn’t rely on it alone. As soon as you fix all the imperfections of the generated image, it’s good and safe to go. Especially midjourneys. They may take up to few hours of overpainting and adjusting the ratio, but it’s still not as long as creating everything yourself from the scratch

They have rejected 4 themes twice so far because the colors are not modified in the program. I think it is a mistake on their part​:sob:

No, it is true​:heart_eyes:, and I started seller themes for about a month or so, so I try everything and I think that for the designs to be paid, I have to tired with them designs a little bit … Sorry if my English is a little, but I try to explain everything​:sweat_smile:

, I learn everything from you and from them, because I am new to all this, as if I were in a boat in the middle of the sea and I do not know what to do