I tried to duplicate it and I didn’t understand what you were seeing. Some screen shots would be useful.

I noticed the same thing recently.

After rebuilding some older watch faces with the latest WFS version 1.3.13, I started receiving negative feedback from users about how the date isn’t shown in English, but rather in some unknown language.

It turns out that WFS automatically switched the default language of all multi-language elements (month, date, weekday) to Malay (first in the list of languages). It seems to do this every time it’s reopened.
I didn’t think I’d need to re-select an already selected default language, so each of those updates I released had Malay set as the default language…

Until this is fixed I guess we all need to double-check and make sure to re-select the default language every time we update or rebuild any watch faces with this WFS version.

This is how the language setting for the “Month” element looks like normally, after setting it to English: 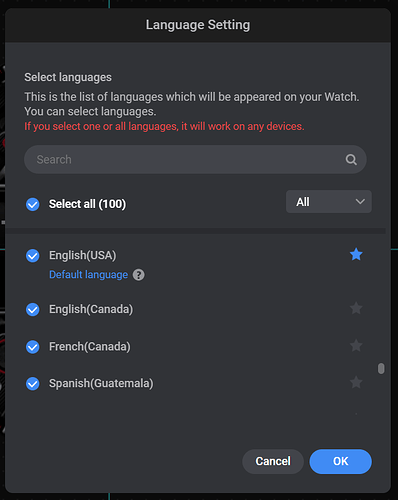 This is how it looks like after closing and then reopening WFS (same element, same watch face, no changes made): 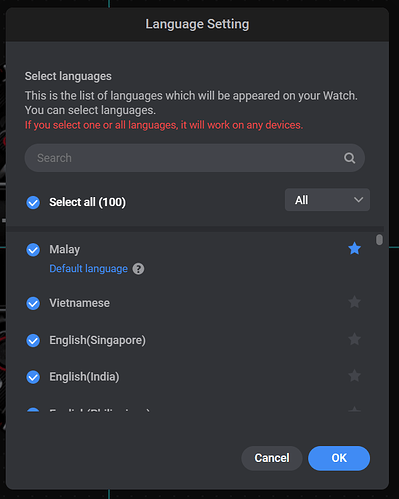 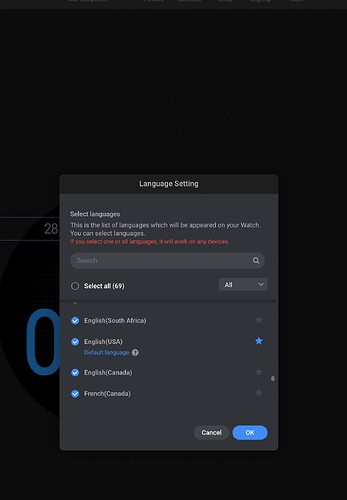 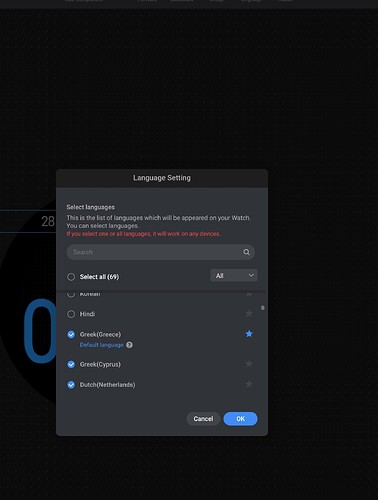 I can duplicate this now. I understand. I’ll report it