Your app’s Play Store listing provided a non-valid Wear OS screenshot aspect such as 1:1 for circular and square screenshots, and 4:5 for rectangular screenshots

My watch face has not been accepted into Wear OS on google play store because of the following :

Google keeps giving me the same rejection above despite all of the screenshots are matched with guides mentioned below every image upload form at the Main store listing page.

Im in same boat. I had one screenshot which was not 1x1 so I removed it and saved. It appears in Publishing overview under review.
within 10 min its gone but the face still shows not compatible. I have removed Oppo square watches and also I have not put any HR related as previously they gave that reason to reject…

I cant get to pass 1 WF because of petty reasons and non well documented Workflow on review process.

I contacted Support … Just now… This is what I got… 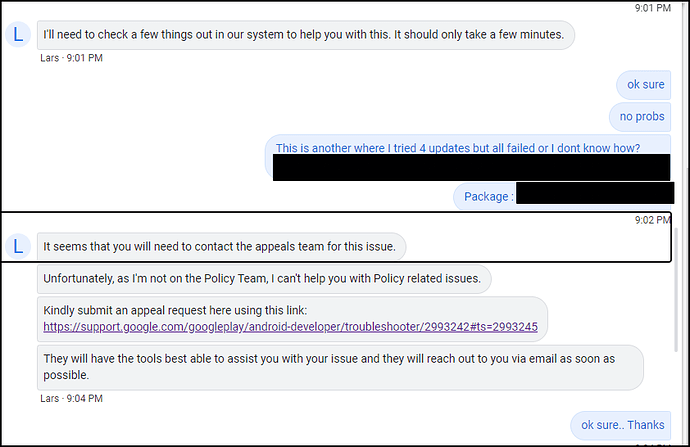 I believe that the Agent didn’t understand the issue that we have here , this is my second week with google trying to get pass with Wear OS eligibility .

My watch face has not been accepted into Wear OS on google play store because of the following :

Google keeps giving me the same rejection above despite all of the screenshots are matched with guides mentioned below every image upload form at the Main store listing page.

Be sure you upload .png not a .jpg file

see this thread and Meta Data

am still stuck with google at the same point, Did you get in further ?

I created 2 more faces, they both approved but later i found they both have compatibility issue.
Also release type was removed i don’t know how.
So i added back again and it shows under devices as Under review.
Rgds,
Niranjan

My total 3 faces are approved and are ready to be purchased (only from browser).
Old 2 yet in same bucket of approved but not compatible…

No clue… I dint do anything just removed that bad image which was not 1x1.
Rgds,
Niranjan

are you uploading .png files? they don’t allow layered files (.jpg or Photoshop images) for the icon screen shot.

Its been 7 days that im dealing with crappy google wear os review team. i dont know why without fully testing the watchface they reject it.

I have a layer in my watchface of AoD Outer Index on off . It has by default first setting off. And has then more 3 x options available in customization menu.

TheGoogle Wear OS review team is so noob that i have recieved two x update rejections based on this statment.

The watchface doesnt contain outer circle as shown in screenshots.

FFS at least open customization menu and do as instructions are given . This is really height of non sense and stupidity, now are we going to even y
Teach them how to test a bloody watchface.

The watchface doesnt contain outer circle as shown in screenshots.

Always take screen shots of the default settings that show when first installed. I’m not sure it is a good idea to have customization for AoD mode. They are not obvious when you do the customizations that they are for AoD and confusing to the User.

While I can’t find any documentation for AoD I recommend no customizations for AOD and only un-editable complications for a better User Experience.

No Worries Ron. I got it resolved I had to make a screen preview and also change default from invisible to visible mode for the wear os team to understand the option and how it works. 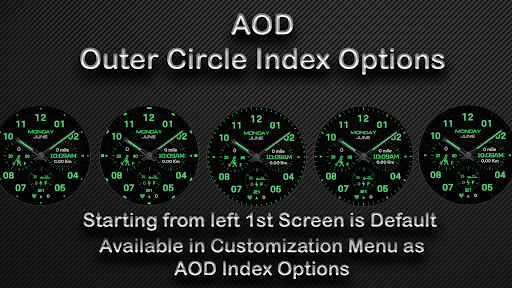 Of course I have taken an account of keeping lower OPR on AOD ;).

Best thing about Wear OS
is ability to have customizable AoD and not the crappy restrictions chosen by tizen.This is one Singular Factor that made me shift From Tizen for good.

I believe seeing time is what a Watch is supposed to be with min interaction. I understand its a smartwatch you can use gestures and save battery but I like it with Always On and it’s nice to have good AoD options. And I’m pretty sure lot of other people will second me

This image above resolved 3 x times rejection. I didn’t make any other changes besides making index on as default so they can see it

These were my remarks I sent via email subject rejection " Do I have to teach your wear os review team how to test a watchface". But at the end I had to make the above screen preview.

Watchface has finally passed review from wear os team and is active now… Now I’m waiting for playstore team to approve the update.