While we can’t access users Stepgoals (being it SHealth or Google Fit) wouldn’t it be nice to at least allow the users to set their Stepgoals manually in the watchface’s options settings`? That would be of huge benefit and take away most of the anger users might experience.

Really over simplified but. A watch face is an app and it is only in memory while it is active. In order for a user to set a step goal it has to be stored in permanent Memory and a watch face app does not have the ability to do that. This might be something that can be done with the Wear App.

This is a constant feature request having a user setting would be very useful for many things.

Is there a possibility so that text that is cutout because being long, for example a calendar event. Instead of the text appearing like (Meeting with jo…) when its too long to have an option to scroll through the rest of the text maybe once every time the screen will become active.

I just saw a note that complications will be changing next year. I don’t know if that is WFS or if it was a Wear OS change so I’ll mention this.

Is there a possibility so that text that is cutout because being long, for example a calendar event. Instead of the text appearing like (Meeting with jo…) when its too long to have an option to scroll through the rest of the text maybe once every time the screen will become active.

I want to be able to customize the weather icon.

I want to be able to customize the weather icon.

I don’t see any way to do this with WFS at this time. You’d probably have to create your own Weather with Android Studio and use OpenWeatherMap API

I don’t know if this has been mentioned before, but add the compass to the tags

I will suggest it. It looks like all Wear 3 hardware has type magnetic field .

Currently Step Goal and heartrate measurement interval parameters are fixed, end users can’t change the parameters based on their needs. IMO, it should be a top priority to allow end users to change them. 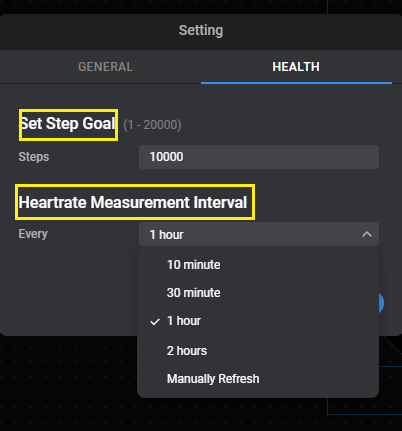 This is more of a suggestion than a request. 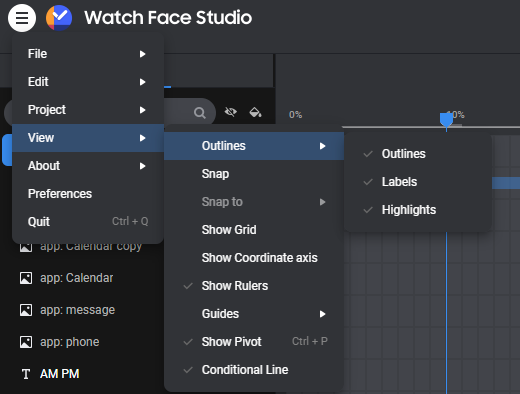 Galaxy Watch Studio has right and left scroll buttons in the conditional lines that let you scroll incrementally. Please add the buttons to WFS. 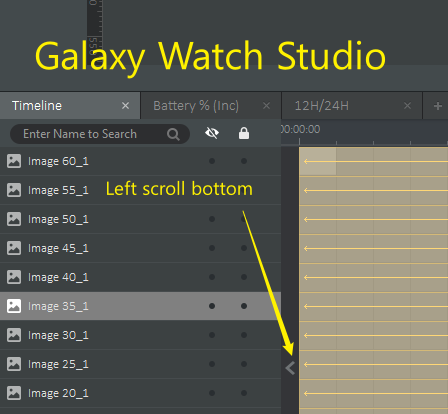 Step goal is something they will need to change in the Wear Health Systems API not WFS once they do that you can use a tag for step goal.

Heart Rate in WFS is last measured Heart Rate if it is measured sooner it does not matter what you set in WFS. It only sets a default update. If the user changes it to every minute in another app it will be shown by WFS.
An issue is that there are two Heartrate data type one is while active and one is while resting and most fit apps like Samsung Health only update while active.

Well known issue it used to be worse. The team said to use your mouse wheel on the horizontal scroll bar at the bottom. But that is not very useful it you are using a laptop and no mouse.

The team said to use your mouse wheel on the horizontal scroll bar at the bottom.

I forgot a step.
set the conditions for seconds
move the top indicator off the very start
move your mouse indicator over the bottom scroll bar
press shift and move the mouse wheel

It is sub optimal in my opinion.

Add a button or area to the dial to quickly turn on the running and walk. If you can do it now, please tell me the operation method.

You can use the action item to open a custom app for walking and running … but that won’t auto start. You will need to do this only for your personal use as you can’t be sure all watch brands would have Samsung Health installed.

To get an app ID you an run simple adb commands

The app ID is after package:

go to playstore and download the Package names app . open it and you will see the apps that are installed on your phone.

Hope that helps a bit.

some users cannot see the installed watch face because they do not know that they have to select it from the downloaded watch faces once installed.

It would be fantastic instead if the watch face you just downloaded was displayed directly on the watch without selecting it later.

It would be fantastic instead if the watch face you just downloaded was displayed directly on the watch without selecting it later.

Tony is going to update his blog on this, it might help. I noticed this on my GW5 but not on GW4 was it in an update on GW4?

On the flip side it is fantastic that all the preinstalled watch faces do not appear in the list of watch faces causing memory issues.

Yeah, this has just changed recently. Before it appeared immediately on the leftmost position so users can quickly select it. But now you have to scroll all the way to the right, select Add Watch Face, scroll all the way to the right again to find the new one. This is not WFS thing, it’s probably Wear OS or Samsung’s One UI 4.5? It is really annoying and just causes more issues and complaints with customers. At first I didn’t know what was going on either. How can an average user figure this out by themselves?

Not sure if it was mentioned before, but auto save projects every n minutes.